My fellow fanatics, it is time we talked about a game hot off the presses of Kickstarter. A highly ambitious tabletop game that will attempt to translate the high-intensity elegance of one of the most influential and beloved fighting game series of all time. A project undertaken by a studio with a history of making board game adaptations of video game properties before, with a creative team of some of the most influential video game pundits in the business.

It is time to give a look at Jasco Games’ Street Fighter: The Miniatures Game. More importantly, I am playing devil’s advocate and asking a simple question: is this going to work?

This isn’t to imply that Jasco Games’ make terrible games. Another one of their more popular board games was based off of Mega Man and was received well enough. Not to mention they have a history of translating various gaming and pop culture properties into tabletop and board game formats.

When asked about their history with Capcom, Jasco’s CEO, Jason Hawronsky had this to say:

“Jasco Games has a very close relationship with Capcom. We have worked together since 2012 I believe with Mega Man, Darkstalkers and Street Fighter. Many people may not realize it but our flagship game, The Universal Fighting System CCG (UFS) featured Street Fighter last year and has had properties from dozens of fighting games, animes and pop-culture brands. Licensing is always a little complicated and very expensive but I wouldn’t say that the property was “difficult” to acquire due to our existing partnerships and track record.”

It also helps that the majority of the projects Jasco undertakes are done through Kickstarter, aimed directly at the franchise’s most dedicated uber-fans. This project is no different, the campaign concluding with its goal met five times over at a staggering $2,052,713. Full disclosure, I was also a backer of the project.

There is also the nature of the project being a full miniatures game. In terms of dedicated, complex forms of board gaming, miniatures are the most daunting. Large tables have to be reserved. Large maps laid out. Dice and cards and measuring tools need to be at the ready. And the manual must always be nearby, complete with bookmarks and personal notes. From Star Wars Armada to Warhammer 40,000, this is a genre of game characterized by tactics, deliberation, and long-term strategy. Simply put, the logistics of translating such a fast-paced fighting game into that format while making it accessible and entertaining for players of all skill levels is a little daunting.

This was yet another concern that was put to rest by Jason. He states:

“We have been developing the game mechanics for Street Fighter: The Miniatures Game and the Universal Tactics System (UTS) for over 2 years now. The game itself has had dozens of the top fighting game players, game designers and experts giving feedback and helping us make tweaks through the entire process. Our challenge was making a quick and simple game that plays as deep as the players can make it. On the surface, the game is quick and easy to pick up, but players will quickly see how strategy, match ups, play styles and reading your opponent can add a massive amount of skill to the game.”

As for those top fighting game players, designers, and experts, it is no secret that the development team behind the game are the guys behind the Angry Joe Show, the lead director being video game critic, activist, and host of the show, “Angry” Joe Vargas. A bona fide Street Fighter fan who knows a thing or two about game design.

Plus, the team has been livestreaming playtests of the game. Using bare bones versions of the miniatures and maps and working out kinks. Actively showing potential buyers their creative process.

No, my primary concern is how will the broader community receive this game. Right now, Jasco Games’ store page is full of projects originally backed via Kickstarter, and a lot of their product is actively on store shelves at dedicated hobby shops. Constantly throughout the Kickstarter campaign, the studio has cited interest in releasing a lower quality retail version of the game for the general public, possibly with expansion packs to fill the roster out later down the line. Which made me interested in the shelf life of this game once the hype and hardcore players get their hands on it.

As great as Kickstarter is in making decidedly niche ideas become reality, I believe there is legitimate potential for Street Fighter: The Miniatures Game to be some people’s gateway into tabletop gaming. Using the familiar terminology and mechanics to give them insight to more diverse experiences.

When the game officially ships in March 2019, I will do my best to give my honest thoughts on the game, the good and the bad, and I am sure that Jason’s confidence in the team Joe Vargas has assembled is well-placed. But, in the long-term, I am hoping that the game continues to thrive rather than become yet another curiosity that just gathers dust on a shelf. Because as great as the company is at adapting source material into board games, there are times where it feels like they’re trying to hide a do-over. 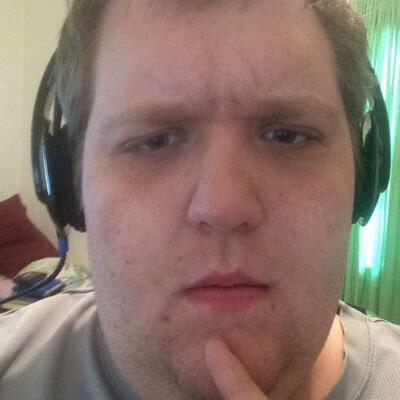 A Look At Deadly Premonition The Board Game

Get Skids Started Early With the Pip

Visage, a Spiritual Successor of P.T., Gets a Delay