Augmented Reality games have come a long way in such a short time. Merging the real world with the gaming world using the most accessible thing we have, our phones. These mobile AR games take on beloved franchises such as Pokemon, Jurassic Park, The Walking Dead and now Ghostbusters. I’m sure no one would have guessed that Ghostbusters would be turned into an AR game, let alone a good one. Let’s see what makes Ghostbusters World a mobile game worth checking out.

Who Ya Gonna Call?

After accepting the Terms and Conditions, you’re presented with a basic character creation screen. Choose your gender, then from a couple of head presets and color your persona as you like. Pretty basic, but we know we are not here for our ghost-busting avatars. We want to take on the ghosts!

Following creating your character, the mobile industry standard tutorial begins. The first thing you should notice is the graphics and art style. Ghostbusters World sports a lighthearted, vibrant, comic book feel. This is apparent in the character art, the final designs of the ghosts and the overall world. To showcase this, the game introduces you to Dr. Peter Venkman and Slimer, the iconic ghost of the Ghostbusters series. All of the ghosts that you will encounter have their own unique style and personality that stands out. This was probably my favorite feature to discover as I played. Such as seeing a ghost toaster shoot up a piece of toast to attack, or a zombie taxi driver actually driving a taxi at their enemies.

As Ghostbusters World is an AR location-based game, it is no surprise the game utilizes augmented reality. When entering AR mode, you see your character pull out their gun and the battle begins. During the immersive AR mode, you first need to use your PK scanner to find the ghost. It takes some getting used to for aiming the camera as needed. But once you do, it is very satisfying to find ghosts in the world around you. This feature can be turned off if you wish for a standard game experience.

The battles consist of weakening the ghost using your Particle Thrower, countering attacks from the ghost and then trapping them. Battles tend to go as follows: weaken the ghost, counter-attack when possible, survive, then capture. You throw the iconic foot trap from the movies down on the ground and have to keep the ghost in the beam long enough to catch it. After three successful shakes, the ghost is yours. You really do feel like a Ghostbuster after a successful capture!

Next up is Customization. You can’t be a successful Ghostbuster without upgrading your gear as you go along! As you play you are able to research multiple upgrades to your equipment to keep up with the ghosts you encounter. You are also able to purchase different photon packs and suits from various Ghostbusters media too. Those items are just cosmetic and do not affect the gameplay whatsoever. But who doesn’t want to look like their favorite Ghostbuster?

Finally, the major feature that sets Ghostbusters World apart from the competition: The Story Mode. Ghostbusters World is really two mobile games in one. You have your AR, real-world capturing mode and then your auto-battle, 4v4 ghost battling story mode. Take the ghosts you’ve captured and challenge the underworld of ghosts trying to invade our world in story mode. Create a team of 4 ghosts to take on enemy ghosts and bosses through multiple stages and worlds as you solve the mystery of the hidden underworld.

As with many mobile games, Ghostbusters World offers an auto-battle feature to breeze through these stages if you don’t have time to manually do it. Although it is recommended to manually control your ghosts during the boss battles to ensure victory. You’ll need to power up your ghosts as you progress the story alongside the experience points you’ll earn at the end of battles. After you complete the story, you can replay those same missions with increased difficulties to keep you occupied for quite some time.

I Ain’t Afraid Of No Ghosts!

Ghostbusters World is a free app and is free to play, although there are microtransactions. These can be found through buying Ecto-Spheres to unlock new ghosts, purchasing gems to speed up building items and completing research to buying coins for various tasks throughout the game. I played the entire time without dropping a dime and all it requires is a little patience, so the grind is there, but it’s manageable.

That’s only scratching the surface of everything that Ghostbusters World can offer you. There are plenty of features to keep players coming back for more. Collect around 150 ghosts, complete challenges to acquire rewards, and team up with other busters to take on raids of famous ghosts such as the Stay Puft Marshmallow Man and Gozer. Sporting fun graphics, an engaging AR mode, complete story mode and featuring the low, low price of free! Ghostbusters World is a mobile game you can’t miss out on this Halloween season. So don your photon pack and download the game to start busting some ghosts today. Surely you’re not afraid of ghosts?

Ghostbusters World is available on the Apple App Store and Google Play Marketplace.

Ghostbusters World
Final thoughts
Ghostbusters World provides a new, unique setting in the world of AR Mobile games. With plenty of features such as capturing ghosts and a complete story mode, there is something for everyone.
What we liked
Great Utilization of AR
Fun and Vibrant Graphics
Variety Of Features
What we disliked
Story Mode Can Get Repetitive
Occasional App Crashes
7.7
Bustin' Makes Me Feel Good 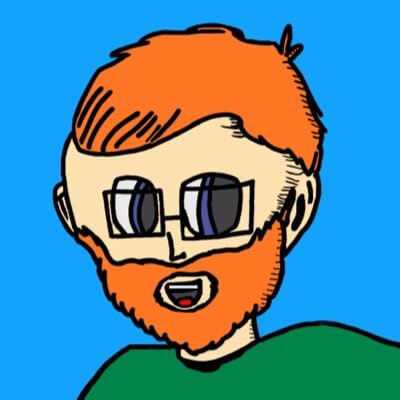 Everything We Know About Super Mario Run