The Division was one of my favorite games of 2016. The setting, the atmosphere and the third person shooting mechanics were different from everything else I was playing at the time. The Division 2 keeps a lot of the same things that made The Division great but adds some new mechanics that add more to the overall experience.

Washington D.C. is the new setting in The Division 2 . I’ve encountered several popular landmarks during my short time with the game so far, including the main base of operations which just so happens to be the White House. Outside of the scenery though, The game feels very familiar to the first. That’s not a bad thing though. Something I’ve always wanted from these ever-evolving games as a service is that they learn from their mistakes. I understand that’s easier said than done but a sequel is the perfect chance for a fresh start and a new first impression. The Division 2 makes a great first impression to say the least.

I sat down on day 1 with The Division 2 and got right in. No troubles, crashes or delays. Nothing taking me out of the experience. I’ve typically been unlucky with these always online games. I got the notorious error 37 with Diablo 3. I had trouble getting into both Destiny games on launch day, and Anthem took me forever to get in and actually start playing. Needless to say, I expected some sort of hiccup and was pleasantly surprised there were none for me. This was great because I was more than ready to dive into the new story.

I’ve always been interested in The Division’s storyline and lore. The plot is very interesting but hasn’t quite been fully realized yet due to the lack of focus on the story in the first game. Hopefully we get more dynamic storytelling this time around since I was disappointed that the story seemed to take a back seat in the first game. Although, from what I’ve seen in terms of setting up the new characters and shaping out this new setting, we are hopefully in for a more developed story in The Division 2. Unfortunately, it looks like there will be a silent and nameless protagonist again, which will almost assuredly present some character development challenges.

The open world and environments are what truly kept me going in the first Division game and this one seems to improve on that significantly. I feel like The Division and The Division 2 have two of the most fully realized open world settings I’ve ever played. The environments are stunning and there’s a ton to explore and do. Like New York City before it, Washington DC is almost a one to one match and this makes for some really interesting exploration and world building opportunities.

The few missions I’ve completed included exploring a more open world that was bright and colorful this time around. The missions themselves seemed to reward me with beneficial loot and experience that helped me progress acquiring new skills and perks that I wanted to immediately go out and experiment with. I found the chem launcher to be one of the most interesting skills. Throwing one out and firing into it to ignite a group of enemies is immensely satisfying.

The first Division was somewhat challenging in terms of navigation. New York was tough to get around due to its density. Washington D.C. seems to have remedied that. I was able to go off the beaten path and find interesting things to do, enemies seem to be held up in random places and could present good opportunities for farming loot throughout the game. Roaming around could turn out to be very beneficial in The Division 2.

There are a ton of improvements that I didn’t even know I wanted or needed and now without them I’d feel a bit lost. Unlike other looter shooter style games I’ve played, The Division 2 features a way to measure your DPS for your weapons. There’s a nice little shooting range in the base of operations that has some customizable options to give a better understanding of what your weapons can do before you venture out with them. Another thing I really appreciate is the details for each weapon. The stats and perks for higher level weapons are highly detailed providing a ton of info on your weapons and gear sets. I keep discovering these little things that just show how much attention to detail The Division 2 has been given and I really appreciate it.

I do need to mention the new settlement building mechanic. I haven’t been able to spend a ton of time really diving into it but after going through the tutorials, I was seeing the potential for building out a really cool settlement. This could be something that really hooks me in because I love it when games add this type of customization. Upgrading settlements and making them feel like they’re mine. This mechanic really incentivizes the completion of side quests in a way that’s interesting and quite original. I can picture myself hopping into a friends game and seeing how they approached the development of their settlements and that has me intrigued.

Overall, The Division 2 has left me excited to play more, and I mean so much more. There’s a ton of new stuff to enjoy here and remaining true to what hooked me with the original game with some real quality of life improvements has really made a great first impression on me. 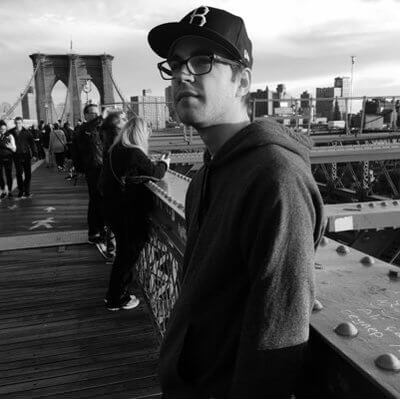 Trevor is a passionate fan of games and technology. It all started when he picked up an NES controller at age 5. It was love at first sight. Trevor believes that Gameplay is key but he appreciates good storytelling in games as well. All games are fascinating and writing about them is something that he has always enjoyed doing.
All Posts

Xbox and Seagate Partner for an Innovation in Storage