This Black Friday I picked up one of my most prized possessions of the year so far (hey a lot could happen in a month), my ASUS Transformer. Powered by an NVIDIA Tegra 2 chip this beaut runs the latest version of Android’s tablet-only Honeycomb OS. The fact that this operating system is for tablets only puts a pretty big divide in the marketplace, not necessarily because applications can’t cross both platforms, which they can, but because you can immediately spot the difference between an application that was made to be run on the Honeycomb OS and one that was made to run on Gingerbread (phones).

After going through several different Android tablets over the months now I’ve come up with a (non-definitive) list of a variety of apps ranging from entertainment to productivity that I use on my tablet. I’ve also broken them down by category. Clicking on the title or the image sends you to the Android Marketplace. Enjoy!

It’s only right that this is first, right?! Doesn’t get any better than killing some time playing a few spare minutes by playing some awesome games, especially with the Tegra 2 chip on the ASUS Transformer….I love this bad boy! Below are a few games that I love playing on my tablet. Some were made specifically for tablets and some play better on tablets versus phones but all are worth downloading and playing!

If you’re rocking a tablet with one of those nifty Tegra 2 chips you are officially a class above the rest. Thankfully NVIDIA reckognized that and rolled out the TegraZone. It only made sense to include this on the list as it is a one-stop shop to get game specifically made to be enjoyed on tablets.

NVIDIA® Tegra™-powered devices take advantage of the first mobile super chip to deliver extreme multitasking and breakthrough gaming performance. The best Web experience with up to 2X faster browsing, hardware-accelerated Flash and console-quality gaming. Discover everything you can do with your Tegra-powered super phone and super tablets on NVIDIA.com

This game has taken up countless hours of my time, and for very good reason. This game showcases the power of a Tegra 2 chip. The graphics are breathtaking and the story is one that can stand toe-to-toe with those of most console games. A compelling soundtrack (which is now available for free) and great artwork make this game the crown jewel of tablet gaming.

The year is 2350, and corrupt intergalactic corporations are the rule of law, hiring bounty hunters and mercs to do their bidding. The best of the best are known as SHADOWGUNS.

This game is incredible, down to the most minute water droplet, and with great gameplay and easy controls Riptide GP earns nothing but praise from me. You’d expect a game with such great graphics and intricate physics to have a few hiccups but I had nothing but a buttery smooth experience. If you own an Android tablet, you’d be doing yourself a disservice by not downloading Riptide GP.

From the makers of SHADOWGUN, Samurai II: Vengeance THD has been specially optimized for Tegra 2 tablets. The story is so engrossing that you actually do not want to set your tablet down. Chopping through bodies, wiping away blood splatters, splitting heads, this game will appease even the most bloodthirstiest of mobile gamers.

Samurai II sends Daisuke on a quest for revenge across the war-scorched countryside. From a seafaring village to a flying fortress to the legendary Isle of the Dead, the samurai will stop at nothing to hunt down his arch-enemy Orochi. Will he get his Vengeance?

Available for the first time on any mobile platform, Zen Pinball THD harnesses the power of Tegra’s GeForce® GPU and dual-core CPU to produce a hyper-realistic, graphically-rich pinball gaming experience. The game sets a new standard for realistic ball physics and graphical detail in pinball video games employing cutting-edge visuals, challenging tables, true-to-life ball and table physics and combines them with innovative features not found in any other pinball game.

A full-fledged space sim with an awesome voice cast, incredible world, and in depth customization…for free? I say hell yes! If you can get past the less than intuitive controls then be ready to spend hours of your life on a journey through space wars and intergalactic romance, which is not nearly as cheesy as it sounds.

Catapulted into a war-torn future, eminent space adventurer Keith T. Maxwell finds the galaxy at the mercy of a powerful alien race. Uncovering the truth about this dangerous species, he boldly takes the fight to their doorstep. Join Keith in an intergalactic trek of exploration, pirates, space battles, weird aliens and romance.

Gaming is not the only form of entertainment you have at your fingertips with a tablet. Stream movies or rock out to some tunes, and I have the apps that will let you do just that.

With its nifty UI update, Netflix poised itself to reign on tablets, which was a great move on their part. Now you can enjoy the streaming service in a tablet-centric manner!

It still baffles me that there is no native Android player for some of the most native files, ie: .avi files. Here’s where MoboPlayer comes in. When you download the app it’ll detect which codec you’ll need from its online library and direct you to download it, ensuring that your phone will not be bogged down with multiple codecs you don’t need. With this process, MoboPlayer is able to play virtually any format of video. From streaming to subtitles, to a built0in media library, this is your one stop app for all things video related.

Being a music junkie, I’d gone through a plethora of music apps for my phone (HTC Evo) and now I was preparing to do the same for my tablet. I have been using WinAmp for the longest time, having to switch back-and-forth between it and Google Music. I was really dissapointed when I found the tablet version of both apps to be severely lacking. UberMusic changes all that, with it’s sleek, metro-like UI, and neat playback features, it is simply the best music player for tablets to date.

This application needs no introduction, and with a UI upgrade for tablets, it’s one I use almost every day.

The official Android app of the NFL, this app puts the entire league in the palm of your hands with everything from boxscores to play-by-plays.

I had to include a screenshot of the app to convey the level of awesomeness you can expect to encounter:

From comics to news, gamers are avid readers. Here’s a list of apps I use to store my ever-growing comic book collection and keep up with news.

Ah, I cannot say enough good things about this app! If you’re an avid feed reader like I am then this app will be a staple. Not only is it a stand-alone reader but it integrates with Google Reader, making it an extremely versatile and downright gorgeous feed reader; see screenshot below:

Keeping track of your comic book collection is a bit of a chore on the Android. Luckily there’s Komik Reader, which while it needs some work, does a fairly decent job. Komik Reader comes in two flavors: Free and Donate ($1.99).

This digital magazine reader lets you manage your magazine subscription (if said magazines support Android) and read them in a gorgeous fashion. Zinio provides a very enjoyable reading experience, and we can all take a break from gaming to enjoy a copy of PC Magazine right?

Zinio is the premier app for magazines on Android, giving readers immediate access to thousands of global titles. Read and download single issues or subscriptions of your favorite magazines and sync your library to your home computer, smart phone and tablet seamlessly. Keep up with trending topics and stories from magazines like Rolling Stone, The Economist, Hello!, US Weekly, T3, Macworld, Travel + Leisure and many more.

It’s no secret that gamers like to chat, especially via social networks. Sad thing is that not many social networking apps have been optimized for tablet use, so I’m bringing you the crème de la crème here.

There’s a shamefully small number of Twitter clients designed for Android tablets, thankfully we have TweetComb, which excels at this task. Image previews, link shortening, configurable notifications, and more all look better on a client made for Honeycomb, which is why TweetComb has been included in this list.

Over the summer Google rolled out an incredible update for Gmail’s tablet versions. Sleek and minimalistic, the tablet version makes replying, forwarding, and other tasks simple and intuitive.

Google Talk also got a makeover for it’s Honeycomb debut, which sports full video chatting functionality along with its new, sleek interface.

It doesn’t hurt to get a little productive at times, and the following apps will lighten the load of whatever tasks happen to come across your way. I promise, after you finish you can get back to your video games.

Supernote (Only on ASUS)

Though exclusive to ASUS owners, being a student I had to include the company’s proprietary note-taking system, Supernote. Certainly living up to its name, Supernote allows you to do a plethora of things from annotations to notebook organization, Supernote is the best, viable pen-and-paper replacement when it comes to taking notes in a class environment.

Needing no introduction, Dropbox is integral to the lives of many techies and not so tech-savvy people. Keeping you organize across various mediums, from PC to tablet, Dropbox is a must-have for this generation of informationalists.

SwiftKey brings their award-winning mobile keyboard to tablets with keyboard splitting and word prediction. Swiftkey learns from your Gmail, Facebook, and Twitter and uses that information to predict your next word, saving you time and effort. My keyboard of choice, get SwiftKey now at a discounted price!

So there you have it, a list of great applications every tablet owner should have. Agree? Disagree? Or feel I’m missing some? Feel free to chime in below! 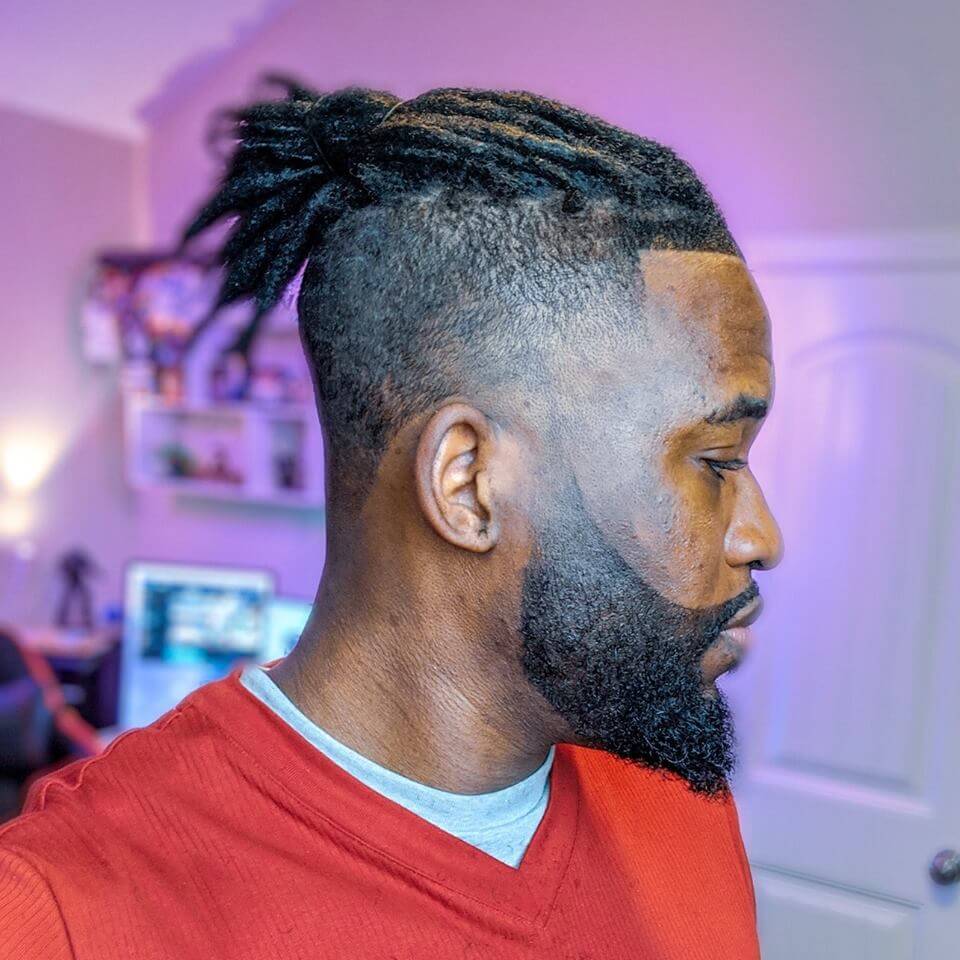 Our Hands-On With the Nintendo Switch