A soundtrack breathes life into any title. You could say that video game soundtracks are the oxygen to the gamer’s ears.

DuckTales for the NES is one of the best 8-bit platformers around. It has the bizarre mechanic of using Scrooge McDuck’s cane to bounce around that makes it unique and it still stands out from the crowd at a time when platformers were flooding the game industry. The music is also some of the best from the era.

From the 8-bit version of the actual show’s theme song to The Moon Theme, this soundtrack is absolutely amazing. The Moon Theme captures space so perfectly in an 8-bit realm and truly feels like something epic as you play through the level. If anything, the soundtrack has incredible value for that one song. As a whole, if you’ve never played DuckTales, you should change that if you love platformers, but make sure to pay close attention to the wonderful 8-bit soundtrack.

Speaking of space, Super Mario Galaxy and Super Mario Galaxy 2 also have some of the best soundtracks I’ve ever heard. Although, what Mario game doesn’t have a wonderful soundtrack? They always have from the start and I don’t see that changing anytime soon when your soundtrack is in the hands of Koji Kondo (who typically composes Mario and Zelda titles).

Putting Mario in space is still one of the greatest decisions Nintendo ever made. These are both wonderful platformers that are Mario truly at his finest. The soundtrack compliments the wonderful game design. From just sitting in the observation dome and hearing the calming score, to the thunderous sounds of Good Egg Galaxy, to the orchestral masterpiece that is Gusty Garden Galaxy, every single piece of music is perfection. The fact is Nintendo crafted two of the greatest games of the last generation with innovative level design and a wonderful score. Without the wonderful score that complements every single level, the game would not flow in the same way. 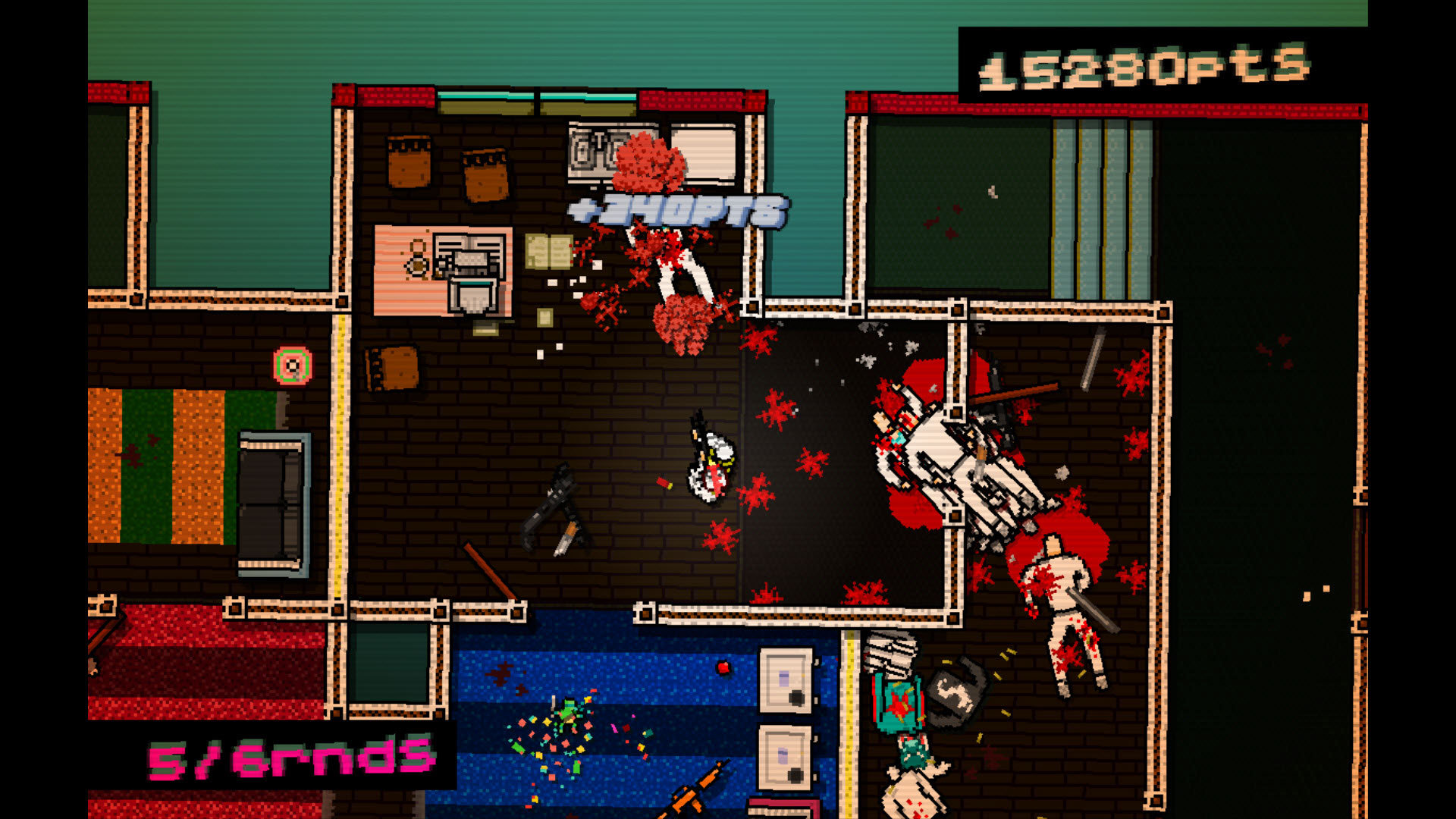 Hotline Miami is one of the best indie games I’ve ever played. The game is a fast-paced and quite difficult puzzle game. It also has an amazing electronic soundtrack that breathes life into the game. Without the soundtrack, this game would be nowhere near as good as it is. It starts with haunting music right on its title screen before it gets into more frantic, high-tension electronic pace that will keep you on your feet.

Before this game came out, I was a big fan of the movie Drive starring Ryan Gosling. The creator of Hotline Miami was inspired by Drive for certain aspects of the game and it obviously shows, especially in the soundtrack since Drive also had an electronic-induced soundtrack. It is inspiration like this that helps breathe life into video games. As much as we could say that some of this soundtrack is inspired by the old days of the NES and SNES, it is just as inspired by cinema. To see a game draw from so many sources in its soundtrack alone is inspiring.

I haven’t actually played the sequel to Hotline Miami yet (couldn’t tell you why) but I’m sure the score is just as good, if not better. I could easily jump into Hotline Miami anyday just to hear the soundtrack. Although, alongside this wonderful soundtrack is a game that plays amazingly well and stays with the player long after beating it. Very few games actually change the medium completely in someway. Journey is one of those few games. I have never played anything like Journey and I don’t know if I ever will again. This is an experience that contains no dialogue, no real cutscenes, and does not guide the player. You quite literally take a “journey” as a strange looking character with a scarf. I cried while playing as this silent nomad. I had a real emotional experience that I’ve never had with any other piece of art before because of how unique Journey is. It was three hours of pure video games and storytelling that emotionally moved me in every single way. The soundtrack is one of the biggest reasons this game does move the player.

This is the only video game soundtrack to be nominated for a Grammy (though it did not win). It was really at that moment when I begun to realize that maybe video games had made it. I thought the mainstream consciousness would take video games more seriously as an art form and they slowly are. Journey is part of that movement.

The score by Austin Wintory is special because it is so utterly professional. It is one of the most professional sounding scores I’ve heard for a game. It sounds like it could fit into any top-tier director’s movie perfectly and that is a very good thing. It is epic, large in scale, and tells the story for the player as they play. A game could have cutscenes or dialogue and that’s okay. That’s perfectly fine, but Journey takes this wonderful direction of using a score to help tell its story instead. It really does work. That is all I could possibly say about Journey. It is unique, amazing, and the score breathes life into everything surrounding it.

The Last of Us is one of the best games I’ve ever played. The story moved me and kept me thinking for months after completing it. I’m not really entirely over it still. It is the finest game Naughty Dog has ever crafted (we’ll see if Uncharted 4 changes that) and plays amazingly well. The stealth combat and shooting mechanics are extremely enjoyable. The story is beautifully crafted with great characters that will go down as some of the very best in video games. Also, the score by Gustavo Santaolalla really helps carry some of the emotional scenes of the game.

For example, during the famous giraffe scene in The Last of Us (obvious spoilers here), a beautiful score filled with strings is playing. It adds so much more emotional weight to a scene that already drives many players to at least shed a tear or two (or maybe that was just me). This scene is the calm before the storm. It happens right before some of the most intense combat sequences in the game against Infected and then against Fireflies. The calming score adds a certain necessary layer to that scene that builds it as something far more crucial.

In addition, every single The Last of Us score (each labeled with different subtitles in parentheses in the actual soundtrack besides the first one: Never Again, Goodnight, A New Dawn, and You and Me) are incredibly beautiful just as much as they are incredible haunting. If anything, the term “hauntingly beautiful” is what I would label this game. A post-apocalyptic setting is never easy to sit through. It is much harder to do so while playing a video game. Playing through the twelve to fifteen hours of The Last of Us is quite intense and the score displays that in a wonderful way.

The entire soundtrack itself ranges from being hauntingly beautiful to absolutely intense to actually just beautiful and it is representative of how the game makes me feel. If anything, I think a good soundtrack should do that. It should help represent how the game should make the player feel emotionally. The Last of Us soundtrack does this in every single way and I would hope if Naughty Dog does make a sequel, they bring Mr. Santaolalla back onboard once again. (Also, worth nothing that the downloadable content, Left Behind, has just as good of a score!)

What are some of your favorite video game soundtracks? What do you think of my picks? Let us know in the comments below!

Paramount Plus' Halo Series Takes Viewers on a Wild Ride...

Jesse has been playing games since he could remember. Starting with Sonic The Hedgehog on the Genesis to The Last Of Us on the PlayStation, he plays everything he can get his hands on. He has been writing about games for over two years now.
All Posts

An amazing headset just got better

As more and more people get into streaming, problems with finding the right music for every mood grows. Add on top of that, finding decent music that can be streamed …

While browsing the PAX East show floor, Hostile Mars caught our eye right away. At first glance, it reminded us of No Man Sky but with a lot more combat. …

VR is finally getting to the point where it makes sense for more users to have it in their homes. There are a ton of uses for the various headsets …

During SXSW 2022 Warner Media had a few activations spread around the city. You could just hang out at some, create unique wearables at others and experience the world of …

One of the screenings that were on the top of our list for SXSW 2022 was the screening of the first episode of the Paramount Halo Series. I will hold …

Sony Milking The Last of Us Over New Endeavors? | Final Checkpoint Podcast Ep. 84

Is the Last of Us Part II Too Dark?

Hold That Molotov: Why The Last of Us Had the Most Underrated Multiplayer of the Last Decade